While some of the staff were at TI4, others such as myself (eggs) and KawaiiSocks weren't able to make it. Still, we binged on Dota over the course of 10 days, watching nearly every game and playing inspired heroes such as critshaker and support juggernaut--all while our muscles atrophied in our computer chairs. Here is where we'll be sharing our random thoughts and conclusions about TI4, from the perspectives of some of us at home and those who were at the event. Some of the questions I have for them: Is that Puppey's real hair? How long were the lines really? And can you estimate the number of empty seats?

eggs: HYPE! The group stage was quite restricted to the public, so I consumed nearly every behind the scenes video that gave us a sense of what it's like to be at Bellevue.

A few of the players commented that their favorite part of TI4 was the group stage. It was more of a communal event, where they could hang out with their fellow players and friends and just relax, away from mobbing fans.

Why The Summit was intriguing was because we got to see the players outside of the game. During the group stages I had the same feeling. The games were exciting, but it was fun to get to know some of our favorite players beyond their in game persona. We got some great candid interviews from Hotbid, a matchmaking series from Soe, and our most pressing question was answered: are EternalEnvy and Arteezy still friends? They were watching games together and seen milling about.

Secret Shop and the Workshop

Lawliepop: While I didn't get VIP Access - in hindsight it seems completely worth it! Less standing in lines and more access to the players in a casual setting. The floor was probably the best place to sit, but the GA seats were great too! The Secret Shop line was really as insane as all the stories make it out to be. I was at the front of the big line outside waiting for the event to open up. I ran to the secret shop line and got there at 8:05. I stood in line at the Secret Shop for... 4 hours. It really felt like a day wasted since I didn't get to see as many matches. If there was anything wrong with the event experience - it was this.

Valve really went out of their way to make the Workshop contributors feel welcomed. Many were giving out pins, signing prints of their work and otherwise taking a bow.

eggs: It is no secret that I am a Cloud 9 fan. I can completely relate to these two:

Do these comments ever happen live?

The TI4 meta could be described as death ball and defeat the death ball. It's a testament to how good VG is that they can roll through some of the top teams in an average time of twenty minutes. The death ball punishes teams for their early mistakes and shuts them out. VG had the highest first blood rate and nearly always won their early game off the back of rotations from fy and fernir. This is even before they push as five. Everyone knows exactly what VG is going to do, and in the end only one team was able to stop them.

Ok, so it was actually Newbee who stopped them. But Cloud 9 gave us a few WHAT IFS? What if they didn't risk lvl 1 Roshan at a LAN event, nonetheless an event with 17,000 people who you hope stay hushed because they are certainly all Cloud 9 fans. What if Envy had more than 20 cs at 10 minutes? Envy on his stream said this was a strategy they had never tried before, yet they risked it on an elimination game. It's these kind of risks that keep fans in an eternal love/hate relationship with the team. If it worked, we say they were brilliant for understanding that VG would ward Enigma's jungle instead of checking Roshan.

Despite their loss in game 3, Cloud 9 left us with one of the most memorable games of TI4, in their game 2 match vs VG. While other teams chose to confront the death ball with tanky heroes and team fight supports, Cloud 9 opted to circumvent. VG got their death ball lineup, and Cloud 9 countered with two heroes that tested our faith: Meepo and Bounty Hunter. Bounty Hunter is a rather interesting pick. Cloud 9 was the only team to run the hero (and they'll leave him with a 100% win rate), and they picked him 3 times against pushing lineups.

BH is often criticized for his lack of contribution for team fights. However, it's about what he does at every other moment in the game. He makes every lane a mismatch with the potential of a gank. He can safely place offensive wards. And he is the ultimate space creator. PieLieDie on Bounty killed a record 3 couriers in his game vs LGD. And in a repeat performance against VG, he made their team run laps to find him. He flirted on the edge of their vision, delayed their push, and gave Cloud 9 forewarning to prepare for any fight. Even if he feeds, he still creates space for Cloud 9.

The match contained some of the most climactic and exciting moments of the tournament: 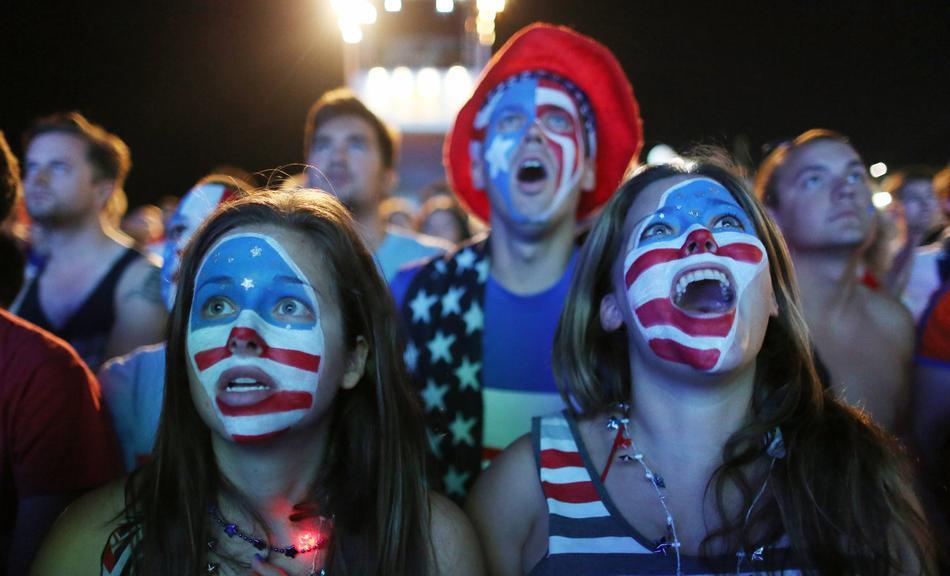 Lawliepop: Some of the most rabid fans there were cheering for EG and Cloud 9. You saw everything from American flag caped cosplayers to good ole boys with cowboy hats on who were cheering at the top of their lungs. It was as if their momentum would will their team to get just one more last hit. And during the more intense West vs. Asia games entire sections of the crowd would cheer and wave flags whenever a kill happened. It was great to see such a gloabl audience! From my casual observations it seemed like 40% of the people there may have been non-Americans.

kawaiisocks: Watching this year's TI was probably the most heartbreaking (and unpredictable) experience I have had with Dota 2.

It is only natural to root for team that is coming from your region and the early departure of the team Empire was both unexpected and unpleasant. After showing some of the most amazing results throughout the year there was a degree of confidence in the team to make at least top 8. Na'Vi is another team that was in my list of favourites and looking at the fall in the first stage of the brackets meant an end of an era where we would see this team in the Grand Finals.

Then there was team DK. The overall tournament favourites featuring my personal favourite player - Mushi (closely followed by Kuroky). Seeing them fall left me with no other choice but to support Vici gaming in the Grand Finals. Partly because I saw more of their games and partly because their playstyle reminded me of early Na'Vi with the "Facerush" tactics. Do I think the victory by NewBee was undeserved? Definitely not. All the teams and players are presented with the same rules and map. They were the strongest team in the tournament and there is no arguing about it. Did it make me sad? Probably a bit more than I care to admit.

Lawliepop: When DK got eliminated you could tell that the crowd was somber. "That's probably the last game they will ever play." I heard someone say. DK was clearly the Eastern favorite of the Westerners, and everyone left that day feeling a little depressed.

eggs: If there was any sign that validated Dota as a sport (no E), it has to be the fervid overreactions after every play and the recriminations after a team favorite lost ("Newbee's style is so boring and cheesy because that's what they used to beat my team"). I watched the games from home, but if I were there I can imagine myself checking Twitch chat and the reddit match thread. I would have kappa withdrawals otherwise.

Reading reddit during TI4 I also sensed a great amount of insecurity about empty seats, from people who weren't at the event. They were saying, look at these empty seats? Why was the event sold out? This is a terrible display of Dota 2.

Lawliepop: The seating probably looked really bad on the stream. As someone who was there I think they sold the right amount of seats. It was almost completely full during the finals and other big games, but you still had the confidence that you could always find a seat. During the less exciting games many people were out grabbing a beer or standing in line for the secret shop. 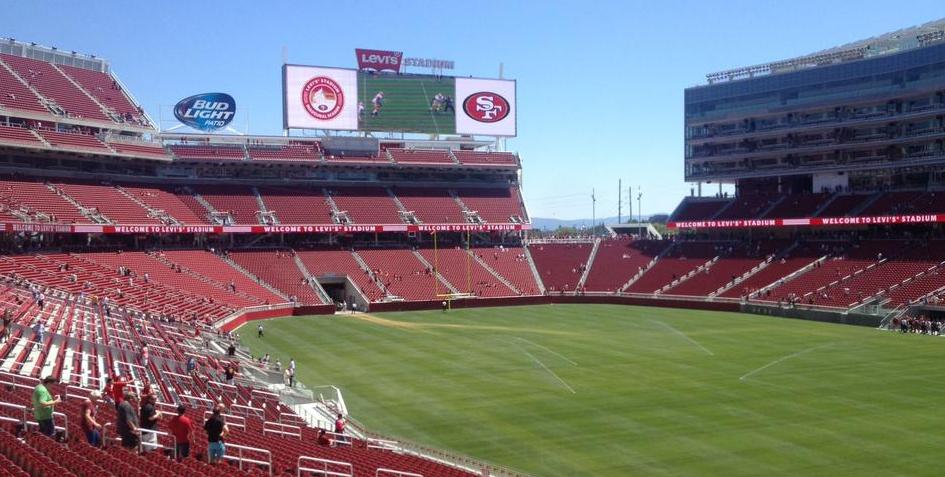 eggs: What TI4 did was validate the lives of professional players who dedicated their time and heart into this game. They could finally say that their efforts amounted to something: a portion of a record breaking 11 million dollar prize pool.

For everyone else, it validated our obsession with Dota 2. It may be some time before we share how we spend most of our evenings during small talk, but we're a step closer to where gaming is mainstream. I don't mean gaming as in the kind you play during idle time on your phones, but gaming with obsession and fanaticism, as in Dota 2. The kind of gaming that makes us yell, scream, laugh and hate. This is what TI4 was about.

kawaiisocks: Do I think this TI was a bit underwhelming? No. It had a multitude of very interesting games and it did not live up to its hype only in the last stage of it, leaving a lot of people dissatisfied. (In a sense it felt a lot like Mass Effect 3 and its original ending). But there is always TI5 and with the growth of the community and a lot of new players coming into the scene (the enormous prize pool will allow for a more recognised/socially accepted outlook on professional gaming) it might be even better.

Lawliepop: The best thing about TI4 for me was getting to meet so many people who used Dotabuff. It was really great to hear feedback on the site from players in person and I can't wait for next year! Dota 2 Millionare by Morf was also a good show The match link for vg vs c9 is wrong. I was never able to overcome the ending of ME3 even after 2 months passed. Happy to see u made a reference there @kawaiisocks I had never been as hype as during EG vs Alliance before that in my life. That game just got me jump from my chair and scream "FUCK YES" when that final black hole landed. That was just wonderful.